BAD//DREEMS came into being in a white goods repair warehouse on an oppressively hot Sunday afternoon in the summer of 2012.

It had all started at their local football club. Over the season, in the smoky beer garden outside  the post-match presentations, they bonded over their mutual admiration for groups such as The Replacements, Gossip-era Paul Kelly and the Coloured Balls. By season’s end it had been decided that they would meet to play music together at the warehouse, which sat on the bank of the River Torrens across from the West End Brewery.

They sweated out their hangovers that afternoon, with no plans except to make music they liked. A show would follow. That show led to another and then another; then some recordings; then shows interstate. And BAD//DREEMS was born.

James Bartold (bass) and Miles Wilson (drums) had played in bands together since their early teens. They form an unshakeable rhythm section, with a telepathic fluidity that can only come from years of playing together. Alex Cameron (guitar) had left his musical aspirations in Melbourne and moved back to his childhood home of Adelaide to work as a doctor. But the band reignited his musical obsession, which is channelled through his Stratocaster with characteristic manic abandon. Ben Marwe (vocals, guitar), the youngest of the group, had recently had his promising football career wrecked by a serious knee injury. His beer soaked vocals are the central point of the band: ragged, raw and brutal, like a slug to the guts.

In the next 18 months they toured the country incessantly, accumulated radio play, sold out shows nationwide and toured the US and UK for the first time. Their authentic marriage of unpretentious songcraft, melody and raw energy has seen them share stages with acts as diverse as The Scientists, Sunnyboys, Cosmic Psychos, The Preatures and Wavves. They have graced festival stages at Splendour in the Grass, St Jerome’s Laneway Festival and Groovin’ The Moo. They were even hand-picked to support Grammy award winning stadium rockers The Black Keys on their Australian tour before its cancellation due to drummer Patrick Carney’s shoulder injury

Bad//Dreems recorded their debut LP Dogs at Bay over a fortnight with legendary producer Mark Opitz (AC/DC, The Angels, INXS, Cold Chisel) and Colin Wynne at their studio in West Brunswick, Melbourne. Dogs at Bay was released in the middle of 2015 and came in at number 18 on Rolling Stone Australia’s best 50 albums of 2015. 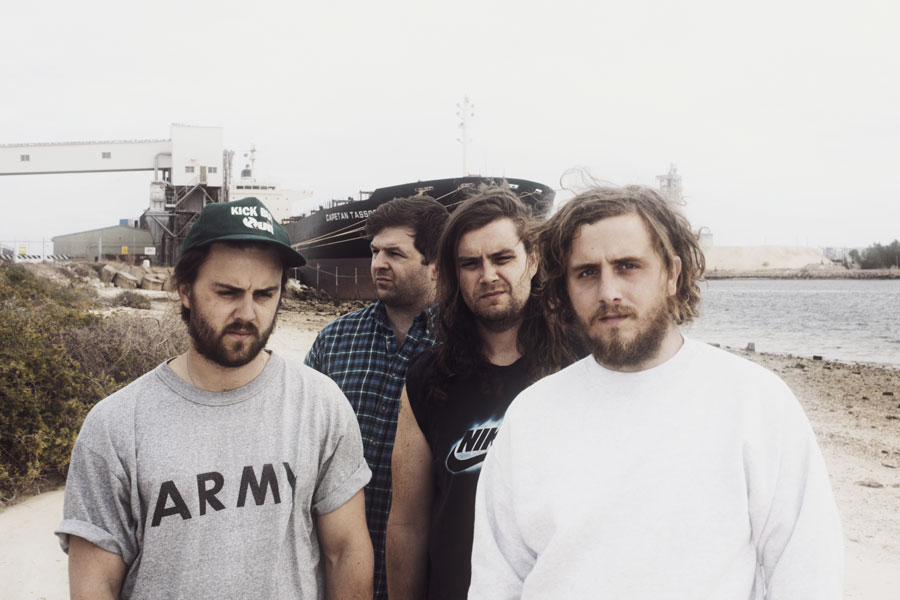