The five-piece group first emerged on the scene in 2015 delivering a self-titled EP containing sounds and influences of the 60’s similar to that of The Beatles and The Grateful Dead, before signing to 30th Century Records and recruiting Stu Mackenzie of King Gizzard & The Lizard Wizard to produce their 2017 self-titled debut album. The band then went on to release their sophomore LP in 2018 titled Double Rainbow debuting them on the ARIA charts at number 18.

Babe Rainbow has gone on to consistently drop records with their third album titled ‘Today’ being delivered in 2019 and before collaborating with hip hop superstar; Jaden Smith before releasing their fourth and most recent record ‘Changing Colours’ earlier this year.

This unique group utilises their vintage influences to stand out in the modern indie scene making them a must-see. 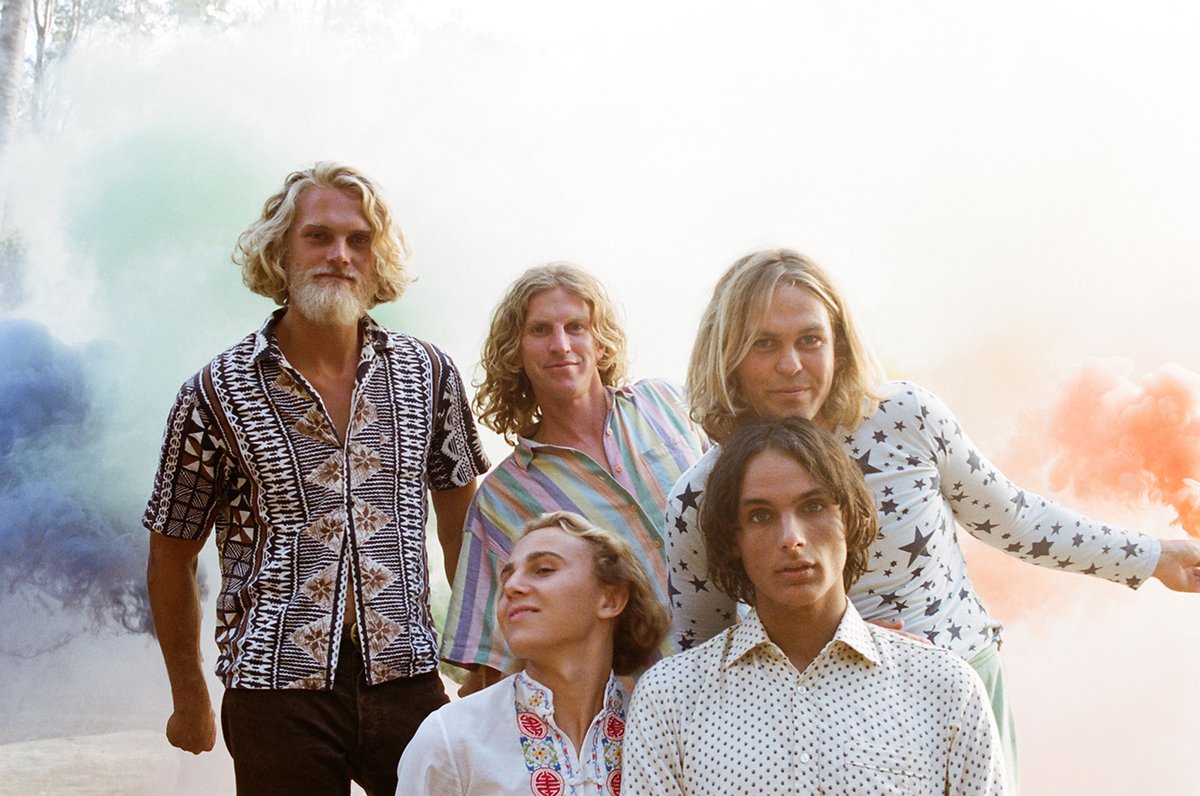